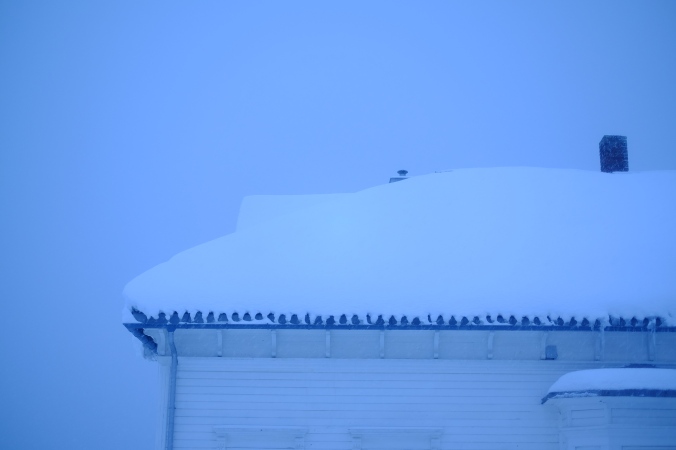 I finally bought myself a proper Norwegian waffle iron a week or two ago. It’s the first time in my life that I’ve actually owned one, though I’ve enjoyed Norwegian vaffelhjerter (waffle hearts) many times. It seems a bit frivolous to say it, but this is a Big Deal for me. It’s hard to overstate the significance of these thin heart-shaped waffles here in Norway – in my head, vaffelhjerter are to Norway as Swedish pancakes are to Sweden and æbleskiver are to Denmark (perhaps it’s because they go so well with Norway’s brown cheese, gjetost). Where events or info booths in the U.S. or would entice students to stop by with promises of free pizza, Norwegians promise free waffles. In the summer, my favorite way to eat them is with a slice of gjetost and strawberry jam, made from Norwegian strawberries (which are the best strawberries I’ve ever had).

My new waffle iron has already gotten a lot of use, and as we’ve had a winter storm blowing through today, I decided to make snow day waffles! I don’t have many photos, since I made them in the late afternoon and it was already getting dark, but I enjoyed them with some hot cocoa and they were delicious. 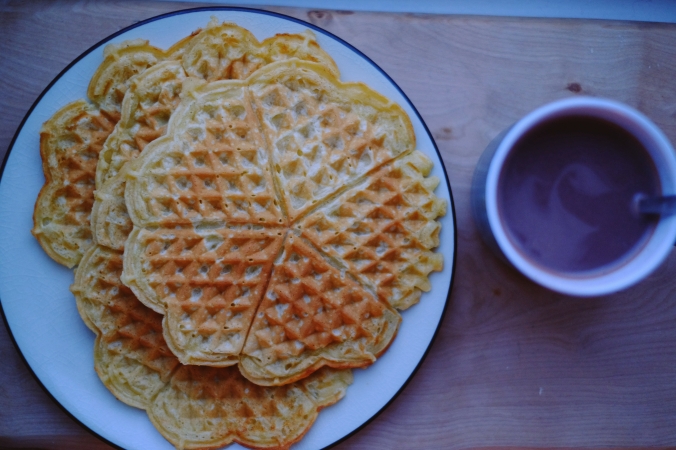 The recipe I used was one from my friend Daytona, of the fantastic Scandinavian food blog Outside Oslo. You can find a link to the recipe right here, and I recommend you go over and read the accompanying story, even if you don’t plan to make the waffles. The recipe was her great grandma Josephine’s, so it’s one with a strong family history and connection, which is my favorite kind. Daytona’s touch is a little bit of added cardamom, and you absolutely can’t go wrong with that.

As written, the recipe is capable of whipping up a waffle breakfast for quite a crowd – I halved the recipe and still got seven or eight waffles out of it. I’m sure whether or not you use an electric beater for the eggs makes a difference in that regard. 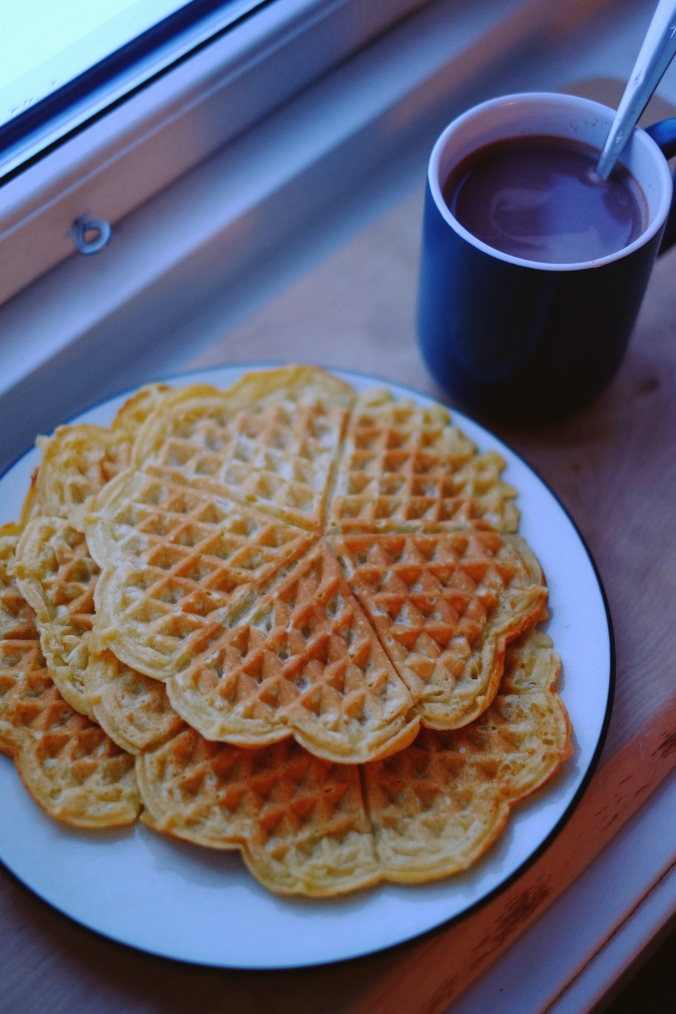 You can find the recipe for these delicious waffles over at Outside Oslo. 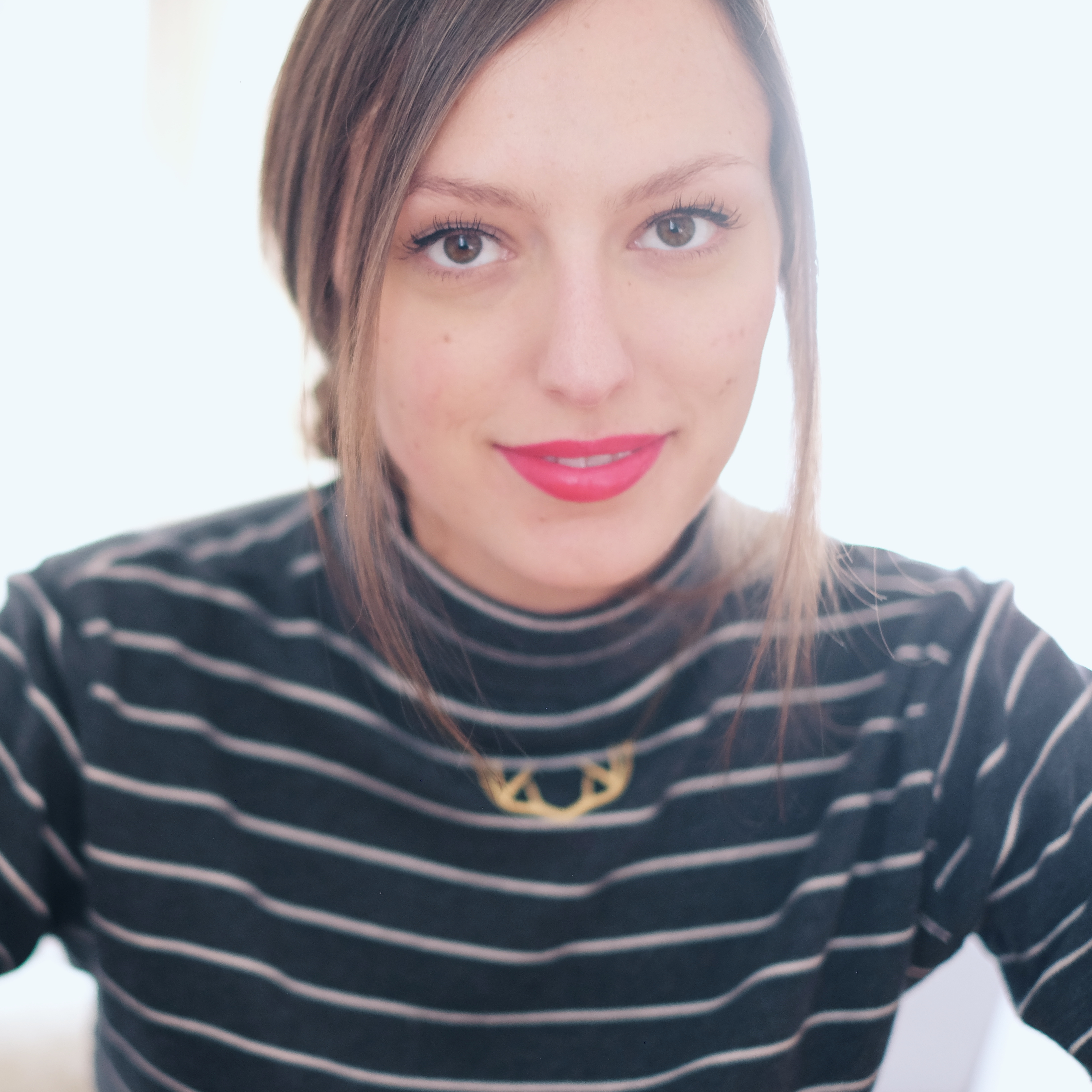 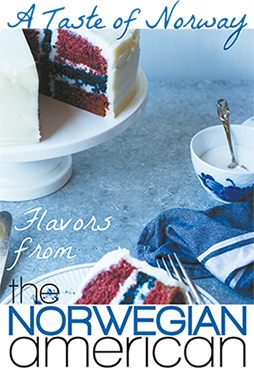