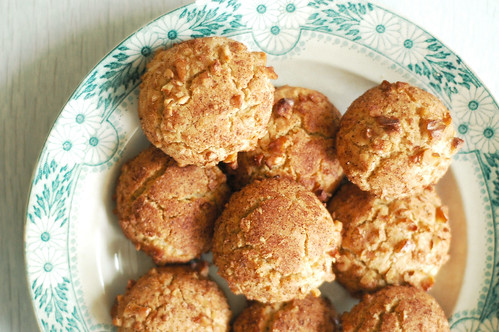 I have long had an aversion to walnuts in baked goods, largely because I can’t stand walnuts in two of the most basic American baked goods there are: brownies and chocolate chip cookies. They’re very polarizing in these two cases; some people love them, some detest them. I’ve always fallen into the latter camp. I think walnuts will always ruin what is otherwise a perfectly delicious brownie or chocolate chip cookie. I never wanted them in muffins, either, no matter what kind of muffin.

I don’t dislike walnuts as a rule. Growing up, the stuffing my mother made for Thanksgiving dinner every year contained walnuts, and it was often my job to crack the walnuts open as we were prepping. I enjoyed this task immensely, and I often enjoyed snacking on the walnuts, too. To this day, whenever I eat walnuts on their own, the smell and the taste take me straight back to sitting at the kitchen table on Thanksgiving morning with the parade on the television, cracking open walnuts as my brother and I helped mom prepare for dinner. 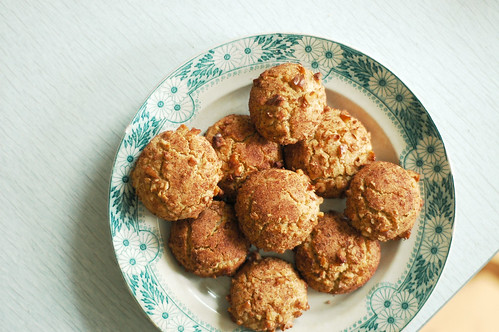 I’m in Oslo for the summer, and it’s largely been a very warm, very sunny summer. The weather’s finally cooled off, though, and some rain systems have moved in, so my friend Alex (the same one mentioned here) came over to bake with me yesterday. We decided to try these cinnamon walnut cookies – it’s a very simple recipe which doesn’t need very many ingredients, so we were mostly stocked up already. I also had some pretty divine French butter I bought at Mathallen that I thought would work quite well (when ingredients are few and simple, it always pays to use the best quality ingredients you can). As it was a Sunday (most grocery stores in Norway are closed on Sundays), I popped down to the local greengrocer/import store which was open to see if they had any vanilla extract. They didn’t, but they did have vanilla bean – and as it turns out, if you scrape out the seeds from the bean, you can use those as a substitute. It’s a much lengthier process than measuring out a teaspoon of vanilla extract, but the cookies definitely didn’t seem to suffer as a result. Alex and I simply dispersed the seeds in a small bowl with the egg (the closest thing to a liquid ingredient) before beating it into the dough. 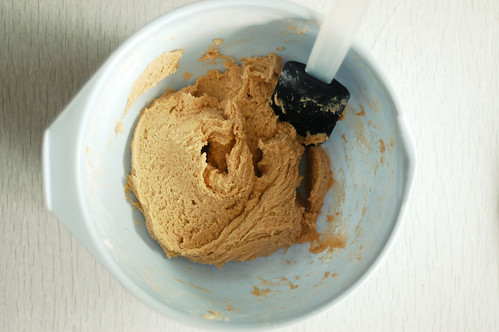 I think using the nice French butter really paid off. The dough alone was exquisite. And as I mentioned, very few ingredients were needed: the dough was made from butter, sugar, flour, egg, cinnamon, and vanilla.

After the dough was chilled for 30 minutes, we pulled it out of the fridge. Small pieces were rolled into balls, which were then rolled in a blend of cinnamon, sugar, and chopped walnuts, and then placed on the baking sheet. 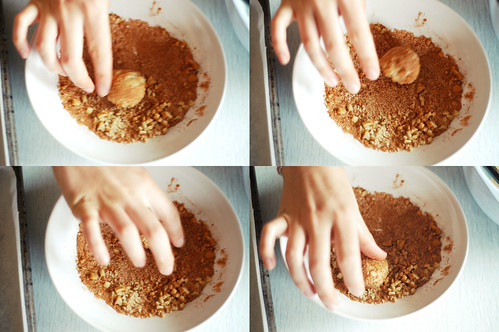 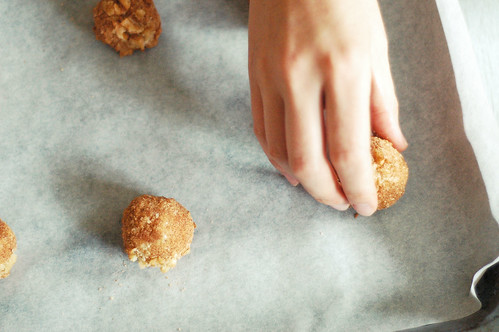 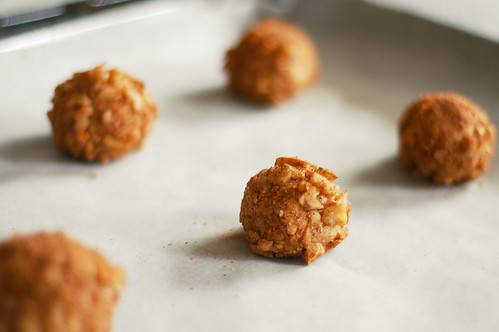 The balls of dough flatten out into the loveliest little domes in the oven. The resulting cookie was something like a snickerdoodle, but lighter, fluffier, and covered in walnuts. They were delicious. These would make a perfect Christmas cookie, and I’m already looking forward to making them again during the holiday season. I’m very pleased to have found a walnut cookie I love. 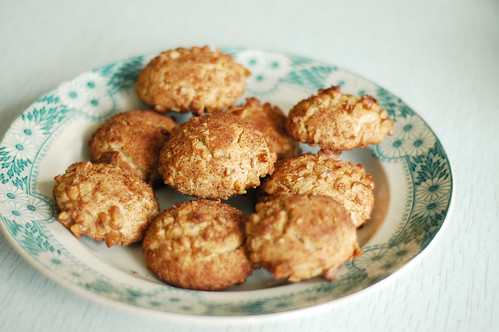